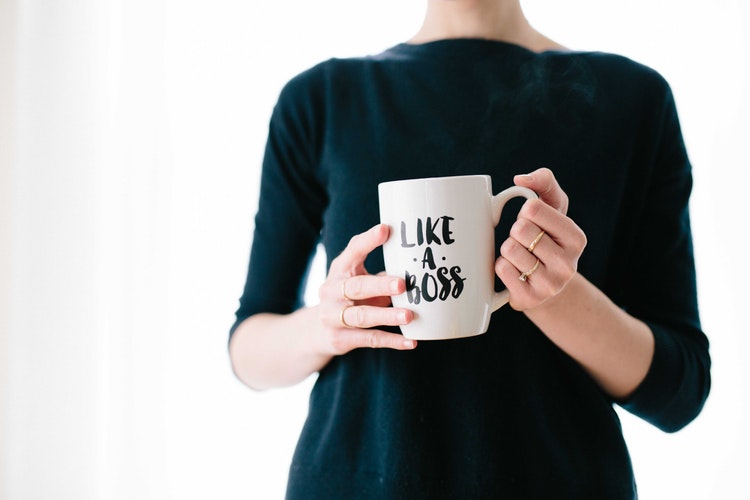 Gender equality in the work place, or rather the lack of it, was one of 2017’s pivotal topics. The combination of the womens’ march on Washington, and the Weinstein scandal highlighting the pervasiveness of sexual harassment in Hollywood, sparked the #TimesUp movement, encouraging all industries to tackle gender inequality.

Entering the new year with this momentum, many are hoping that time is indeed up, and businesses, companies and startups will work together to address the systemic inequality and injustice in the workplace.

Thanks to recent events and news, it appears that 2018 is on track for change.

Last week, world business leaders were kicked into action as many key-note speakers at the World Economic Forum (WEF) in Davos, addressed the issue and rallied for women empowerment. Canadian Prime Minister, Justin Trudeau, challenged leaders of the world’s largest corporations to hire more women and tackle sexual harassment, “not just because it’s the right thing to do, or the nice thing to do, but because it’s the smart thing to so.” Trudeau emphasised a study that claimed narrowing the gender gap in Canada could add $150 billion to the economy by 2026.

The startup world in particular has long been led by young, white, males, however 2018 has already seen promising steps to give ladies the leg up.

This month, Canva, a graphic design startup, announced a $40 million funding round making its founder, Melanie Perkins, aged 30, “perhaps the youngest female CEO to be leading a $1 billion startup.” Based in Sydney, Australia and Manila, Philippines, Canva has scaled to a 250 person-team, and now claims 10 million users since its launch in 2014.

Perkins is not the first female CEO to advance a startup into a $1 billion company, nor will she be the last. In November last year, Katrina Lake, founder and CEO of ecommerce startup, Stitch Fix, became last year’s first female CEO to take her company public in the US. Stitch Fix has a valuation of approximately $1.4 billion, and has impressively demonstrated fine financial judgement by building a profitable business with just $47 million funding.

Silicon Valley’s venture capital funds are also seeing their fair share of female stars. Last week, Melinda Gates announced that she will be backing venture capital firm, Aspect Venture. Aspect Venture is an early stage investor, founded by by two female VC’s, Jennifer Fonstad and Theresia Gouw, in 2014. The VC firm does not limit itself to solely women-funded companies, however it does back a high percentage of them. In fact, 40% of Aspect’s portfolio companies have a woman founder (and 30% started by minorities), compared to the tech industry’s 16% seed money which goes towards women-led startups.

“If you have more diversity you have better financial performance,” said Gouw, co-founder of Aspect Ventures, to Fortune. “Our company is nearly 50/50 in an industry in which just 7% of investors are female. And our portfolio is a reflection of our pipeline.”

Melinda Gates, co-chair of the Bill & Melinda Gates Foundation and businesswoman, is one of several investors backing Aspect Venture’s new $181 million fund. Gates continues to be a huge advocate for women in tech, and was recently asked to be part of the G7 Gender Equality Advisory Council.

The vast majority of venture funding happens within a small, homogeneous group—mostly white, mostly male. It means we’re missing out on all kinds of innovative ideas and economic opportunities. That needs to change—which is why I’m investing in @AspectVC. https://t.co/mkrnNoElRv

In 2017, only 17% of startups in the US had a female founder. However, with more diverse leaders betting on women founders and gender-balanced teams, then there is a realistic hope that Perkins and Lake’s success stories will not be the exception.

Initiatives, incubators and accelerators with a drive to support women in startups are more important than ever. The annual, and upcoming Women Startup Competition in Europe, is a perfect example of a program dedicated to encouraging and promoting gender diverse startups. The competition was founded in order to give an opportunity for female entrepreneurs and their team members to meet investors, receive business advice and reach their goals. The first semi-final round begins next month in Prague, Czech Republic on the 6-7th of February and is open to companies which have founding teams made up of at least 50% females, have a female CEO or have 50% females on their team.

With movements such as #TimesUp, and prominent speeches at WEF Davos, tackling gender inequality remains a priority for many in 2018. January has seen the startup community take small steps towards closing the gender gap once and for all thanks to the committed backing from leaders, investors and accelerators. Let’s hope the effort continues and we see more women shaking up the startup world this year.