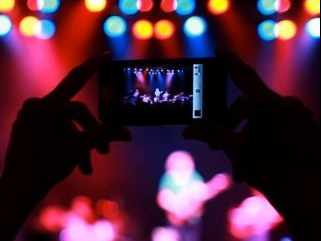 The paper has commissioned Livefyre (@livefyre | Facebook) to develop a widget that will allow users to comment in real time during the game on its website. This will bring it into competition with NBC Sports and the NFL both of which will be streaming the game online through socially connected web and mobile apps.

The NYT’s widget has been developed by Livefyre, who have created one of the leading social commenting systems online.

The company has received much acclaim for its eponymous system which allows users to share comments they make on various websites (including this one) on Facebook and Twitter.

Advertisers and marketers have long been chasing our “second screens”; the digital devices such as smartphones, tablets, and ultrabooks we use to status-update and tweet while watching event TV.   But this year we’re going to see these screens become as important has the HD one in the corner of our living rooms.

Users have traditionally turned their second screens to Twitter and Facebook to comment on these events.  Just look at Twitter’s list of the most tweeted events of 2011 and you will see that, along with news events, entertainment and sporting events generated some of the site’s most active memes.

As for the rise of the second screen; GetGlue, a rapidly growing entertainment check-in site (think Foursquare for movies, TV and music) has, in the past month, closed a $12 million funding round.  In 2011 the site’s membership grew to over 2 million with over 100 million check-ins.  For 2012 the key area of growth for the company is its development of a strong second-screen platform; something that they have already seen some success with in the past few months.

So there’s no mystery why the New York Times would want to go after your second screen; but why Livefyre, why not just use Twitter?

The growth of the second screen as a social platform is not in doubt (thanks to the growth of smartphones/tablets/ultrabooks) but the means of using it are still to be decided.

So, it’ll be worth watching the other competitors of this Super Bowl – the New York Times’ social commenting system versus the web/mobile app systems being used by NBC Sport and the NFL.