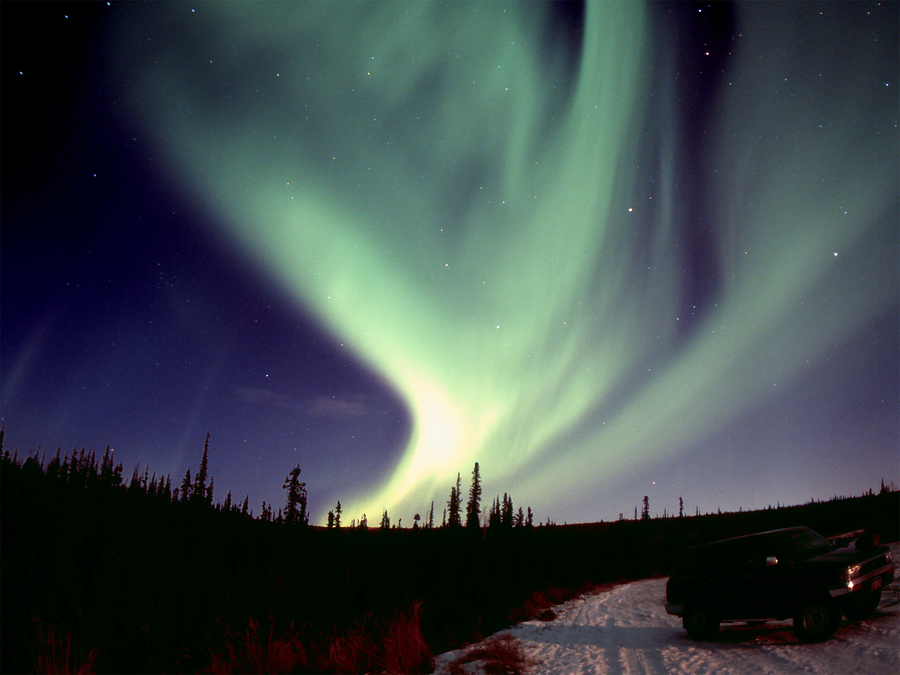 The British Geological Survey (BGS) has issued a Geomagnetic Disturbance Alert in the past few minutes advising the public to expect an increase in geomagnetic activity in the atmosphere over the next 48 hours.  The advisory comes as NASA releases an image of one of two coronal mass ejections (CME) recorded on Thanksgiving.

What does this mean?  The BGS is reporting that on November 20 and 21 the Sun released two coronal mass ejections (CME).  When these hit the atmosphere on Friday and Saturday night they will cause the Aurora Borealis to be visible further south than usual.  NASA says that more could be on the way in the near future.

The US Government’s Space Weather Prediction Centre (SPWC) describes the CMEs as minor to moderate and NASA says they will not be powerful enough to knock out electrical equipment or interfere with satellites or GPS systems.  The SPWC says;

“SWPC forecasters expect G1 (Minor) to G2 (Moderate) geomagnetic storming beginning midday on November 23rd. The Coronal Mass Ejection (CME) was associated with a solar flare from NOAA Region 1618 that peaked at the R1 (Minor) level on November 21 at 1530 GMT (1030am EST). Region 1618 continues to grow and has potential to produce more activity in the coming days”

The BGS expects that people living in Northern Ireland, Scotland, and Northern England will be able to view the Northern Lights tonight.  The organisation says;

Depending the size of the resulting geomagnetic storm this activity could result in enhanced auroral displays and an increased chance of seeing them at lower than usual latitudes. Those in Scotland, Northern England and Northern Ireland are likely to have the best chances, assuming clear dark skies.

Increased chance of aurora in Scotland, N.Ireland and N.England due to arrival of 2 CMEs tonight. If the skies are clear, look to the North.

NASA’s Solar and Heliospheric Observatory (SOHO) caught this image of the CME (visible on the bottom and bottom left of the disc) when it was released.

As the Sun reaches its 11 year solar maximum in 2013 the BGS is expecting to see an increase in the number of CMEs and consequently the Aurora should be visible further south than normal more often.

If you want to catch a view of the Aurora the BGS advises;