The event, slated to be held on March 4, is open to all members of the media and the startup community. Entrepreneurs from all over the world can take part in the competition. 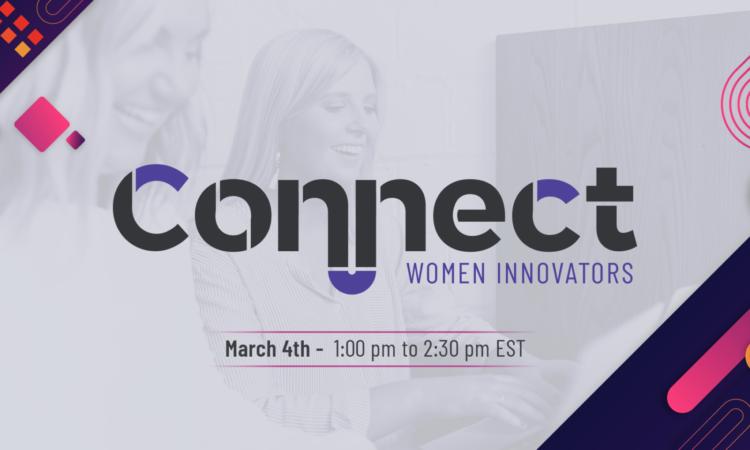 In the lead-up to Women’s History Month, digital public relations firm Publicize is inviting female-led startups from all industries to apply to a pitch-off where they are offered an opportunity to showcase their business ideas to influential members of the media.

Six early-stage companies will be selected after a screening process to present before an online audience and a panel of media judges at Connect: Women Innovators, the event that connects journalists with promising female-led startups to get valuable feedback about their ventures.

The event, slated to be held on March 4, is open to all members of the media and the startup community. Entrepreneurs from all over the world can take part in the competition. Application and attendance are free.

The State of Women Entrepreneurs During COVID-19

Since 1995, U.S. presidents have issued a series of annual proclamations designating the month of March as “Women’s History Month” to commemorate the specific achievements women have made over the course of American history in a variety of fields.

This year’s Women’s History Month is especially significant as it will be observed amid the coronavirus pandemic, which has had a profound impact on all sectors of the economy and spotlighted women in business.

In a recent report, McKinsey & Company wrote that women’s jobs are 1.8 times more vulnerable to the ongoing crisis than men’s jobs.

Women, according to the global consulting firm, make up 39% of global employment but account for 54% of overall job losses. It says the situation is aggravated by the fact that the burden of unpaid care, which has risen during COVID-19, falls disproportionately on women.

“If no action is taken to counter the regressive effects, we estimate that global GDP growth could be $1 trillion lower in 2030 than it would be if women’s unemployment simply tracked that of men in each sector,” McKinsey reported.

To cap this grim picture, insights from Female Founders Alliance, a startup community that supports companies founded by women and non-binary individuals, show that the coronavirus is negatively affecting women’s likelihood to start their own business.

“Before the pandemic, 87% were somewhat or highly likely to start a company. Six months later, 51% of them have delayed or scrapped these plans, while 16% accelerated them, starting a company before they were planning to,” it wrote in a September 2020 study.

Recent data published by Crunchbase indicates a significant fall in global venture funding to female-founded companies in 2020, which experts say may or may not be attributed to the outbreak.

Its findings reveal that over 800 female-founded startups globally received a total of $4.9 billion in venture funding last year, through mid-December, representing a 27% decrease compared to the previous corresponding period.

Given the tremendous contribution of women to the economy, it seems fitting to support women business owners through the current financial hardship.

That is why Connect: Women Innovators aims to provide a space for them to place their startup in front of the influential movers and shakers of the media world.

Media judges will represent top-tier technology and startup publications and will provide invaluable critique to help founders craft a more compelling pitch. The media panel at past Connect events include journalists and editors from news organizations like Reuters, Fast Company, TechCrunch, Forbes, and Sifted, a technology publication backed by the Financial Times.

The winner will be announced at the end of the event, and there will be a Q&A session with the judging panel afterward.

The March program is part of a series of Connect events organized by Publicize over the past several years that are mainly designed to link up startups and the media.

The competition series has gone digital due to coronavirus-induced movement restrictions, but previous editions were held on-site in Mexico City, Bogotá, Medellín, and Miami.

Female-led small and medium enterprises who wish to scale their products or services and are interested in pitching their ideas at Connect: Women Innovators are welcome to register here. They should also fill out this form in addition to registering.

Even if you do not want to pitch, you are invited to register and join the online event, which is dedicated to exploring the latest technology and trends in the world of female entrepreneurship, and give a shout-out to industry-disrupting startups run by inspiring women.

Disclosure: Publicize is a portfolio company of Espacio, which also owns The Sociable.