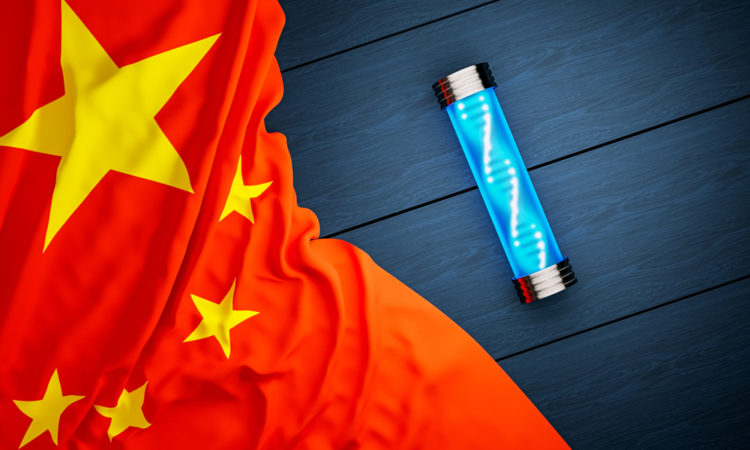 While the Chinese Communist Party (CCP) already leverages health data to power its Orwellian surveillance state at home, the People’s Republic of China (PRC) is looking to America’s ethnically-diverse health data to feed its algorithms to bolster its economic and geopolitical clout abroad.

“The PRC has for years been able to gain access to US healthcare data, including genomic data, through a variety of channels, both legal and illegal” — National Counterintelligence and Security Center

There are many ways in which the Chinese Communist Party “acquires” health data on the American people, including straight-up theft and the more dubious backdoor approach of infiltrating American universities, research labs, businesses, and hospitals through strategic partnerships and negotiations.

According to a new fact sheet from the National Counterintelligence and Security Center (NCSC), “The PRC has for years been able to gain access to US healthcare data, including genomic data, through a variety of channels, both legal and illegal.”

Through its efforts, China already has more data on the genetic sequencing of the US population than the United States has on its own population.

What the CCP does with the vast amounts of data, technology, and research that it acquires from both legal and illegal operations has significant implications for geopolitical stability.

If you are an American adult, it is likely that China has already stolen your personal data thanks to the state-sponsored Equifax hack in 2017, which gained access to nearly 150 million Americans’ personal information, including their names, birth dates, and social security numbers.

The Chinese data theft got so bad that FBI Director Christopher Wray testified last year that the FBI was opening a new counterintelligence investigation into China every 10 hours, and in November, 2019 he told the Council on Foreign Relations (CFR) that China represented “the greatest counterintelligence we face. Period.”

China’s health data collection on American citizens is worrying for a number of reasons, especially considering what the Chinese Communist Party has already demonstrated it is capable of within its own borders.

While the CCP has been busy building a database on the vulnerabilities of hundreds of millions of Americans, the Chinese government has already built an Orwellian surveillance state at home that monitors and polices its citizens through a dystopian social credit system.

And through its efforts in DNA phenotyping, the Chinese government has leveraged technology to profile its entire Uyghur minority population in order to round up over a million people and send them to re-education camps where children are separated from their parents and brainwashed into believing that China is their new mother.

In this #Xinjiang camp, #Uyghur children are forcefully separated from their parents and ordered to chant, “My mother is China, we love our mother, we love China.”

Meanwhile, women are forcibly sterilized and/or raped, while men are also tortured and/or disappeared.

According to the NCSC, “The PRC government has established a high-tech surveillance system across Xinjiang, as part of a province-wide apparatus of oppression aimed primarily against traditionally Muslim minority groups. An initiative launched by the PRC government in 2014 has been used to justify the collection of biometric data from all Xinjiang residents ages 12 to 65.

“Authorities have collected DNA samples, fingerprints, iris scans, and blood types. The biometric data is linked to individuals’ identification numbers and centralized in a searchable database used by PRC authorities.”

While the Chinese Communist Party was able to successfully profile at least one ethnic population at home, it has since turned its eyes to America, with its ethnically-diverse population, for greater health data sets.

We’ve seen what the Chinese government does with health data to citizens within its own borders, but given that Han Chinese ethnic group make up 91.6 percent of China’s 1.4 billion people, the PRC is hungry for larger data sets in order to train its algorithms.

This is where, according to the NCSC, China may covet American health data — because of its ethnic diversity.

The NCSC report backs-up what technology and foreign policy practitioner and scholar Klon Kitchen testified to in a November, 2019 congressional hearing, that “one of the criticisms of some of the image recognition that China has developed was that it was Sino-centric, that perhaps that they weren’t able to operate in Western environments as well as they might.”

But with the amount of genetic data on the diverse American population, the Chinese government doesn’t have to use Americans’ data in the same way it does on its own citizens because the PRC can find other ways in which to profit off the back of Americans.

“The PRC’s acquisition of US healthcare data is helping to fuel China’s Artificial Intelligence and precision medicine industries, while the PRC severely restricts US and other foreign access to such data from China, putting America’s roughly $100 billion biotech industry at a disadvantage” — National Counterintelligence and Security Center

According to the NCSC, “The PRC understands the collection and analysis of large genomic data sets from diverse populations helps foster new medical discoveries and cures that can have substantial commercial value and advance its Artificial Intelligence and precision medicine industries.”

The more Chinese firms gain access to more genetic data on more diverse sets of people — the more they can use them for new medical products and services, which they can sell at lower costs.

Instead of overtly installing an Orwellian surveillance state to control American citizens on their native soil, the Chinese government can simply steal or otherwise acquire Americans’ health data and use it to create cheaper products and services for them to buy.

Since all Chinese firms are required by law to hand over their data to the government when requested, the government can do whatever it likes with the data to achieve its economic, militaristic, and geopolitical goals.

“Data associated with an embarrassing addiction or mental illness could be leveraged for blackmail. Combine this information with stolen credit data indicating bankruptcy or major debt and the tools for exerting leverage increase” — National Counterintelligence and Security Center

Knowing that the Chinese government possesses intimate health data on millions of American citizens, the NCSC report warns that the CCP could use those data sets to surveil, blackmail, manipulate, and extort high-profile individuals.

For example, the NCSC highlights:

While the PRC could use blackmail to influence geopolitics, the same data collected from American citizens could eventually help the Chinese government gain an economic stranglehold over the US.

According to the NCSC report, “The PRC’s acquisition of US healthcare data is helping to fuel China’s Artificial Intelligence and precision medicine industries, while the PRC severely restricts US and other foreign access to such data from China, putting America’s roughly $100 billion biotech industry at a disadvantage.

“Over time, this dynamic could allow China to outpace US biotech firms with important new drugs and health treatments and potentially displace American firms as global biotech leaders.”

By hook or by crook, China’s data collection on Americans and foreign nationals worldwide all goes into powering not just its economy, but its geopolitical and militaristic interests as well — a triple threat to America’s national security.

China’s Military-Civilian Fusion (MCF) strategy makes no distinction “between the PRC’s civilian and military economies, raising due diligence costs for US and global entities that do not desire to contribute to the PRC’s military modernization,” according to the Pentagon’s 2020 report on China’s MCF strategy.

Additionally, “The PRC’s long-term goal is to create an entirely self-reliant defense-industrial sector—fused with a strong civilian industrial and technology sector—that can meet the PLA’s needs for modern military capabilities.”

“Although new medicines coming out of China could benefit US patients, America could be left more dependent on Chinese innovation and drug development for its cures, leading to a transfer of wealth, co-opting of new businesses and greater job opportunities in China” — National Counterintelligence and Security Center

If the Chinese government is allowed to continue acquiring sensitive data on Americans, it will only go towards enriching China’s economy, military, and government, giving the CCP more clout over the US on the global stage.

As the NCSC highlights, “Although new medicines coming out of China could benefit US patients, America could be left more dependent on Chinese innovation and drug development for its cures, leading to a transfer of wealth, co-opting of new businesses and greater job opportunities in China.”

As it stands, “The PRC views bulk personal data, including healthcare and genomic data, as a strategic commodity to be collected and used for its economic and national security priorities.”

And by “genomic data” they mean “your entire genetic sequence—all your DNA.”

Once a powerful entity gains control of your genomic data, then all it needs is some heavy computing power to know more about you than you know yourself — and that’s when you become programmable.

“If this power falls into the hands of a 21st Century Stalin, the result will be the worst totalitarian regime in human history” — Yuval Noah Harari

As historian Yuval Noah Harari told the 2020 World Economic Forum, “We humans should get used to the idea that we are no longer mysterious souls; we are now hackable animals.”

Because, all that is required to hack human beings is “a lot of biological knowledge, a lot of computing power, and especially a lot of data.”

“If this power falls into the hands of a 21st Century Stalin,” Harari added, “the result will be the worst totalitarian regime in human history.”

Can you think of any 21st Century Stalins that might want to use health data and AI for their totalitarian regimes?