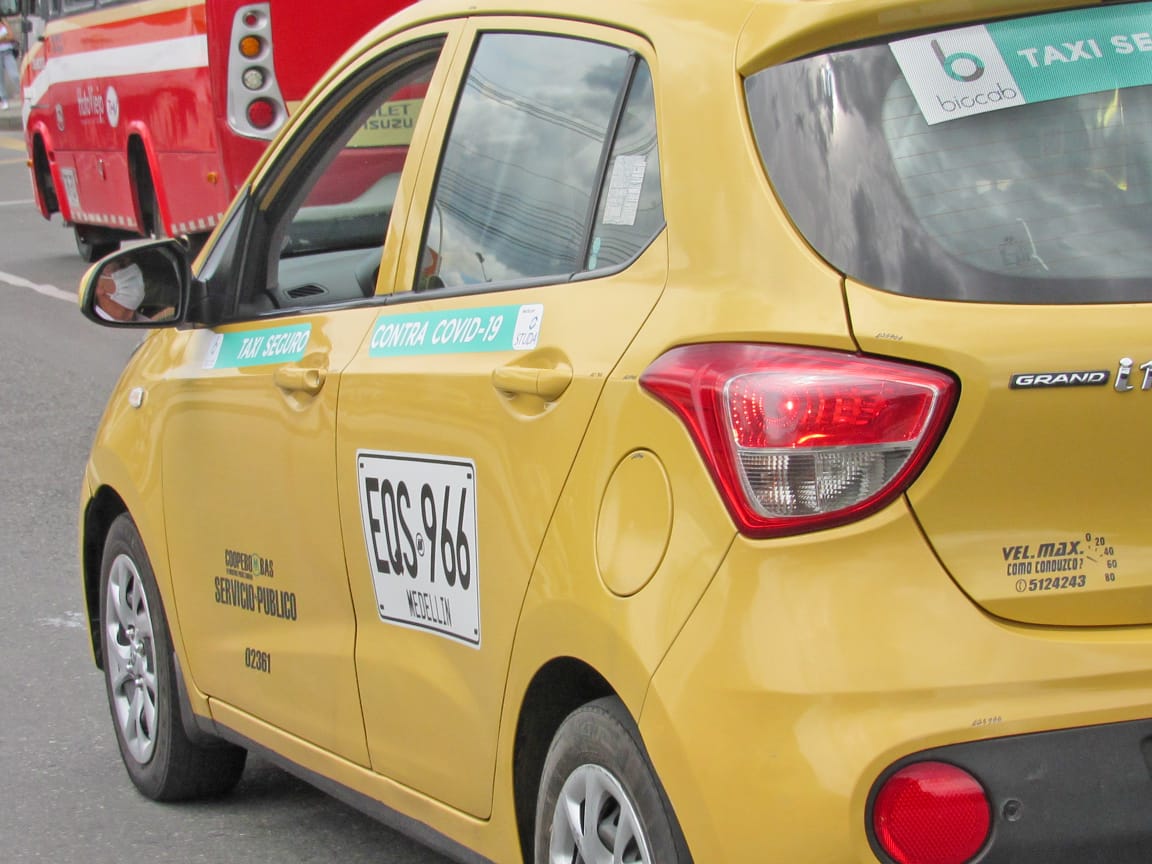 Medellin-based startup Biocab creates a physical barrier between taxi drivers and passengers, uses an irrigation system to disinfect the inside of the taxi doors before and after each service, and collects passenger data to help monitor the spread of the virus.

Bioengineer Camilo Borja vividly remembers travelling in the front seat of his father’s taxi when he was eight years old, while he used to transport party-going passengers around the city of Medellin, Colombia, during the early hours of New Year’s Day.

For the first few weeks of the nationwide lockdown — imposed mid March to prevent the spread of the COVID-19 pandemic — Pedro stopped working to stay indoors, just like the majority of the Colombian population.

Numbers of taxis on the streets plummeted, and drivers from the Medellin Coopebombas taxi cooperative saw approximately a 50% decrease in activity, administrative manager Jorge Olano told The Sociable.

For Pedro and his working class family, losing his daily income from a standard 12-hour shift, during which he would normally transport between 20 and 25 passengers, was a tough blow.

So, just a few weeks later, he was forced to return to work and risk exposing himself to the virus, despite his condition. 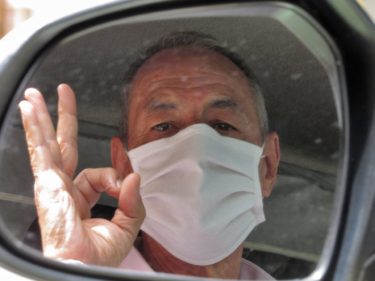 According to Colombia’s National Institute of Health (INS), at the time of writing there are currently 1171 active cases of COVID-19 in the department of Antioquia, of which Medellin is the capital.

To make his return to work safer, his son, Camilo, decided to put together a system that would provide him with enhanced protection from the virus.

Last week, as the city extended a more flexible lockdown for another month, Borja and his team — which comprises doctors and other engineers — launched Biocab.

The Biocab strategy is three-fold. The first method of protection the system offers is a transparent plastic barrier to create distance between the taxi driver and passengers, who have been advised to travel in the back seats.

Depending on the size of the taxi, this may or may not align with the 1-meter social distancing recommendations put in place by the World Health Organization (WHO).

Built-in to this transparent plastic barrier is an irrigation system that — activated at a push of the driver-controlled button — automatically sprays out disinfectant to reach the “contact points” inside the taxi (the inside of the doors) before and after every passenger enters and leaves the taxi. 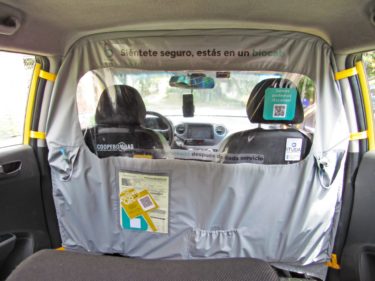 Although Biocab decided not to focus on disinfecting the outside of the taxi (such as outer door handles) for cost reasons, passengers will also have the option to disinfect themselves upon boarding the taxi.

The third and final prong to the Biocab strategy involves passenger participation in data collection to monitor the spread of the virus.

In line with a local government campaign to collect citizens’ data to improve biosecurity protocol, passengers who leave Biocab-fitted taxis will be asked to fill in a survey — accessible via QR code — and provide information regarding their age, health and hygiene habits, which the driver will be able to access and collect at the end of a shift.

Although there is no guarantee passengers will take the time to fill in the survey — which could jeopardize the overall utility of the strategy — the startup plans to collect the data and eventually synchronize it with the local government campaign.

In the long term, the team will use it to measure Biocab’s efficiency, although Borja admits that without following up with passengers, the team will never be able fully measure the efficiency of Biocab’s ability to protect against the spread of COVID-19.

Biocab also claims to not be responsible for the disinfection of passengers’ cell phones.

Borja stresses that Biocab is simply a better, more straightforward alternative for Medellin’s 30,000 taxi drivers to protect themselves from the virus they are highly exposed to, as it circulates throughout the city of 2.5 million people.

Currently, taxi drivers have two biosecurity options: to utilize the services of many taxi cooperatives, who are offering free disinfection for cabs in points all over the city.

This process involves driving to these meeting points and joining a queue of drivers waiting for disinfection, which takes approximately three minutes.

The other is for drivers to simply manually disinfect their cabs after each service, which Borja says is unrealistic.

Reactivation of the economy

If users have increased confidence in the biosafety of taking a taxi, he says, they are more likely to resume using the private transport method and reactivate the industry.

At an installation price of 290,000 Colombian Pesos (COP) with an introductory offer of 200,000 COP (just over US $50), Borja believes that the local government not only has the capacity to, but also has an obligation to subsidize these sorts of measures, to make them easier for taxi owners and cooperatives to afford to install.

Because while the local government has done a “good job” enforcing biosecurity measures to protect citizens on the city’s public transport, such as the metro, Borja is concerned it will be a “huge challenge” for these measures to continue being effective amid the increased demand for public transport this month.

“As soon as people start going to work […] inevitably they are going to start agglomerating in buses and on the metro,” he said, emphasizing the importance of making taxis safer to use as an alternative.