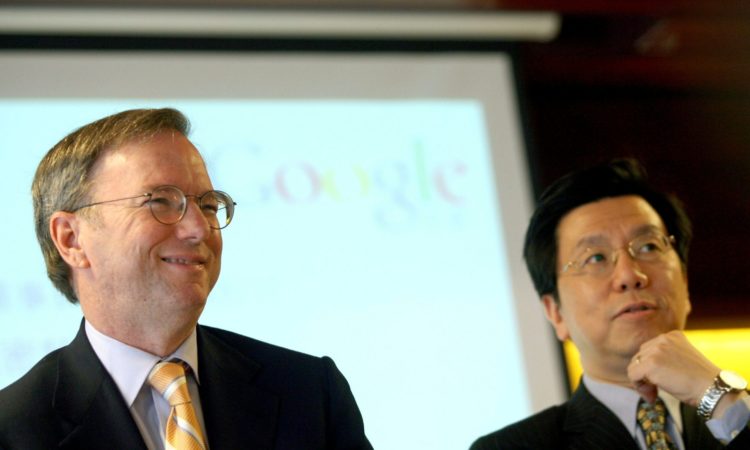 Former Google CEO Eric Schmidt will give testimony in a House hearing called “Losing Ground: US Competitiveness in Critical Technologies’ on Wednesday.

The House Committee on Science, Space, and Technology hearing to address critical technologies will take place on Wednesday, January 29 with the following witnesses giving testimony:

You may be asking, what exactly are critical technologies? Good question!

Air Force Maj. Gen. Thomas E. Murphy, who is the director of the Protecting Critical Technology Task Force of the Department of Defense (DoD), once said that Pentagon has a list of critical technologies and programs, but he didn’t say what those technologies were exactly.

However, the Government Accountability Office does give us a blanketed criteria for describing “critical technologies.”

“Critical technologies are technology elements deemed as critical if they are new or novel, or used in a new or novel way, and are needed for a system to meet its operational performance requirements within defined cost and schedule parameters.

“These technology elements may be hardware, software, a process, or a combination thereof that are vital to the performance of a larger system or the fulfillment of the key objectives of an acquisition program.”

In other words, most all technology can be critical if it is new or used in new or novel ways.

The way I see it, if a tech can be weaponized, it’s probably critical.

This could include tech and industries like AI, quantum computing, 5G networks, encryption, hypersonics, space tech, nanotech, biotech, and just about every other tech you could think of that could possibly have an impact on economic, intelligence, or military affairs.

And that brings us back to the topic of Wednesday’s hearing in the House Committee on Science, Space, and Technology.

Will the hearing be focused on technology that has more of a direct impact on the economy like jobs, workforce training, investments, and business policies, or will it be more focused on military and defense concerns like weapons capabilities and the tech arms race with China?

Being professors, both Dr. Souvaine and Dr. Abdallah have academic backgrounds.

Souvaine’s mathematical research led to consulting engagements with corporations such as Exxon Chemical Research, IBM, and Pfizer while Abdallah’s research has been funded by the National Science Foundation, the Air Force Office of Scientific Research, the US Naval Research Laboratory, national laboratories, and various companies.

Dr. Schmidt led one of the most powerful organizations on the planet, and he is still the chair of the Defense Innovation Board.

He is also still a technical adviser to Google’s parent company, Alphabet, and Google was accused of aiding the Chinese military by General Joe Dunford back in March.

Last year Schmidt argued that “US restrictions on hiring from China and sharing technology with the country are counterproductive,” according to Bloomberg.

Since the Wednesday’s hearing will be about competitiveness, it will be interesting to see if Schmidt has anything new to say about the Chinese counterintelligence threat or Google’s work in China and the allegations of Google creating a censored search engine under Project Dragonfly.

It looks like there’s a mixture of experience in both the public and private sectors from the witnesses, and the title suggests losing competitive ground to foreign countries, such as China, which could mean losing economic, defensive, or geopolitical ground.

We at The Sociable will be paying close attention to what the witnesses have to say on Wednesday.

If anything, maybe we’ll get an actual list of “critical technologies.”