HomeTechnologyFacial recognition is the new polygraph test for insurers
Technology

Facial recognition is the new polygraph test for insurers 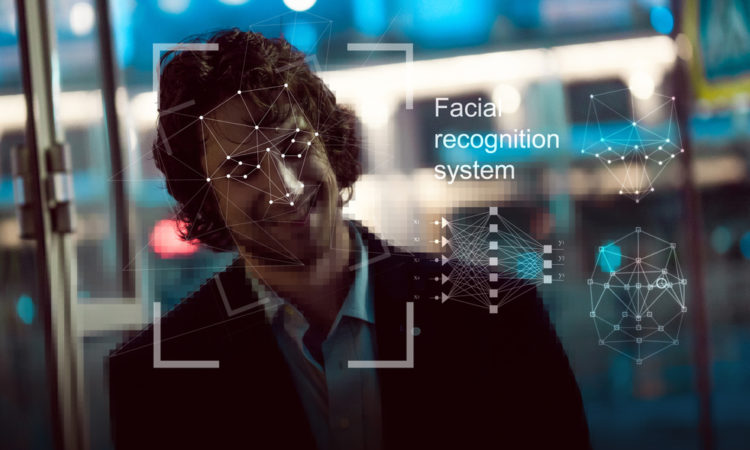 Insurance companies in Asia are beginning to use facial recognition to record client interviews, so they can spot when customers are lying.

Beyond the obvious positive consequence of a reduction in fraud, who will actually benefit and is there potential for over-reach?

Chinese insurer, Ping An Insurance, is increasingly using facial recognition technology to record the faces of customers and their own staff in order to verify their identities.  Furthermore, the technology is being used by the company to determine if customers are being truthful relative to the information they supply the company with.

Ping An is one of the worlds largest financial services companies with 184 million retail customers and 538 million internet users.

Speaking at a TechCrunch event in Shenzhen in November, Steven Shi, President of Smart Risk Management for Ping An’s OneConnect platform, said that the company was employing facial recognition technology as a means for fraud detection to the extent that the technology can detect seven facial micro-expressions which are linked to lying.

The company has been working on the technology for some time and its use extends beyond insurance products.  As early as 2016, Ping An announced the worlds first face recognition based loan product.

Facial recognition technology has grown to a point where it’s reliable such that the company can depend on it to assess risk more accurately and stamp out fraud.  Additionally, use of the technology is speeding up processes with Ping An claiming a turn around time of six minutes for online loan applications.

Read More: Who will benefit from IoT disruption in home insurance?

The Chinese insurance conglomerate is capitalizing on emerging technology as a means to gain competitive edge in the financial services arena, providing for the use of the technology through its fintech subsidiary, OneConnect.

Outside of financial products offered by group owned companies, OneConnect also provides for the use of facial recognition technology – alongside artificial intelligence (AI) and blockchain technology – on a software as a service (SaaS) basis for other financial institutions.

Alongside Micro-expression, the suite of solutions includes liveness detection – a technique which is used to detect attempts to fool facial recognition software.  Its facial recognition technology has been identified as one of the most accurate in current use with a faultlessness rate of 99.8%.

The use case for the technology doesn’t stop at identity and fraud prevention.  The face provides perceptible cues in terms of physiological health.  To a high degree of accuracy, facial recognition can predict body fat, BMI and blood pressure.  This is all very powerful data to an insurance company.

Japan’s government is also considering using the technology to verify patient identites in the country’s hospitals.  The measure is seen as a means to stamp out fraudulent access to the health system whilst also providing the opportunity to develop online procedures for public services.

The Implications of the Technology

Whilst fighting fraud and establishing identity in principal are good things, the implications of the technology and its use is far ranging.  Technology in and of itself is progressive but it needs to be handled and used carefully.

There are differences in how we view these issues between Asia and the west.  Culturally, places like China don’t set the same value on privacy as we do.  With little in the way of regulation and individual protection, the technology is being used at will in the country.

China Merchants Bank has introduced ATM machines which allow customers to withdraw cash simply through facial recognition.  Many of the largest employers in the Asian country are utilizing the technology as an identity mechanism and site access control system.   It brings with it great convenience.

Yet with an authoritarian government, China also demonstrates how the technology can be used to surveil and control citizens rather than to enable them.  Facial recognition software is being used by the Chinese to contribute towards the country’s controversial social credit system.  This is an attempt by the authorities to influence the behavior of citizens, enabled by the current availability of the technology.

As a further validation as to the manner in which facial recognition can be used against citizens, protestors in Hong Kong in recent days took to the streets armed with ski goggles and surgical masks in an attempt to evade identification by the Chinese authorities:

Due to constant pressure and prosecution of activists, young Hongkongers became much more savvy and wary about their identity being tracked. They hide faces with masks and use cash to pay for commuting to protests.
This is a great example why we need private e-payment solutions. pic.twitter.com/6yR392mflG

In the west we’ve been found to get jaded when it comes to privacy in what has become known as the privacy paradox.  On the surface, we care but when we offset the convenience various technologies provide us with, we give in.

Whilst people have knowingly accepted the loss of privacy data to internet companies in the past, it seems that the tide is turning.  With the stakes and implications much higher when it comes to facial recognition technology, it appears that western societies are more motivated in pushing back.

In the US, a hearing before the House Committee on Oversight and Reform on the subject of facial recognition technology stands testament to that feeling.  At the hearing, Republican Representative, Jim Jordan stated:

“Fifty million cameras [utilized for surveillance in the US].  A violation of people’s First Amendment, Fourth Amendment liberties, due process liberties.  All kinds of mistakes.”

A common theme throughout the hearing was an appreciation of the need for regulation.  Unlike the experience in China, there’s an acceptance amongst western technology companies that regulation needs to happen before the technology is fully implemented on a commercial basis.

Having faced all manner of criticism with its Rekognition product, Amazon are now also expressing that wish.  At a technology conference in Scottsdale, Arizona earlier this week, Andy Jassy – CEO of Amazon Web Services – urged regulators to “hurry up” and provide a regulatory framework for the technology.

In the UK insurance industry alone, the technology could potentially make an impact on the estimated 125,000 fraudulent claims with a value in the region of £1.3 billion.

However, it remains to be seen how much the consumer would save as a consequence.  Until we have regulation in place and then start to utilize the technology at a consumer level, the jury is still out on the full implications.

As with all technology, equitable implementation is key if society is to benefit yet continue to have fundamental rights and freedoms protected.