HomeTechnology‘Huawei is definitely beatable if we double down on investments’: In-Q-Tel CEO
Technology

‘Huawei is a Titan right now and we can take them down if we want to double down on our investments’: In-Q-Tel CEO 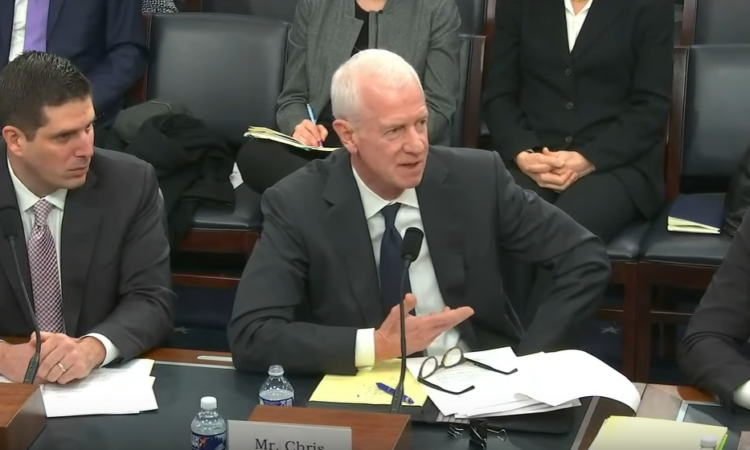 The CEO of the intelligence community venture capital arm In-Q-Tel says that Chinese company Huawei “is definitely beatable” if the US doubles down on investment into 5G.

In-Q-Tel (IQT) CEO and president Chris Darby told the US House Permanent Select Committee on Intelligence last week that Huawei is a Titan, but that Titans can fall, and all the US needs to do to gain ground on 5G technology is invest more in home-grown innovation.

“Titans can fall. Huawei is a Titan right now and we can take them down if we want to double down on our investments”

“I think Huawei is definitely beatable,” Darby testified, adding, “we started investing in 5G seven years ago as In-Q-Tel because we felt that it was going to be a national security interest.”

“Titans can fall. Huawei is a Titan right now and we can take them down if we want to double down on our investments,” he declared.

The president of the CIA venture arm reminded the House intelligence committee that history favors those who have a technological advantage.

If China were to gain global technological superiority, Darby warned, then the rest of the world would have to comply with the norms and values of the Communist Party, which has created an Orwellian surveillance state within its own borders, continues to steal intellectual property all over the world, and uses censorship to drown out any dissent.

“Technology projects economic power, facilitates societal stability, or instability, and it reflects those norms and values”

“Historically, great power competition and global influence have often been won and lost based on a country’s ability to achieve and project technical dominance,” said Darby.

“I submit that over the next 50 years the ongoing battle for technical supremacy will once again largely determine the winners and losers in the great power competition.

“And more than that, this technology battle will likely determine the norms and values that will govern our lives.

“China is beginning to reap the benefits of a long-term strategy focused on leveraging technology to enable its commercial enterprise, advancing its power in an international position without having to resort to military force.

“Technology; however, also projects economic power, it facilitates societal stability, or instability, and it reflects those norms and values.”

The US government has been warning its allies that Huawei cannot be trusted and that China’s Communist regime would have untethered access to all of their data.

Nevertheless, the Chinese tech giant has gained favor in many parts of the world, with the UK recently allowing Huawei to build part of its 5G infrastructure.

However, the IQT CEO once again spoke of history to put into perspective the significance of allowing this type of foreign telecoms technology on a nation’s native soil.

“It’s interesting to note that a conversation took place 26 years ago, early in Huawei’s history between Ren Zhengfei, who is the founder of Huawei, and Communist Party General Secretary Jiang Zemin,” Darby recalled.

US warnings to allies may not have been heeded about the China/Huawei threat to infrastructure, but recent legal action may shake up global opinion.

Last week Huawei was indicted by the Department of Justice (DOJ) for stealing technology from six American tech companies.

Huawei is charged with “racketeering conspiracy” and “conspiracy to steal trade secrets,” according to the indictment.

“The 16-count superseding indictment also adds a charge of conspiracy to steal trade secrets stemming from the China-based company’s alleged long-running practice of using fraud and deception to misappropriate sophisticated technology from US counterparts.”

While the charges in the indictment are still just “allegations,” the DOJ concluded that “Huawei was able to drastically cut its research and development costs and associated delays, giving the company a significant and unfair competitive advantage.”

So, what happens if China achieves global dominance over technology like 5G. What would be the worst case scenario?

According to the IQT president and just about everyone in American government, China’s authoritarianism would spread across the globe, stealing everything it can from foreign governments and their citizens.

As an example, Darby said that China was exporting its surveillance systems into Ecuador through Hong Kong-based AI company SenseTime.

“That [SenseTime] is a surveillance platform that Ecuador ingested and they’re also using algorithms that they’re getting from China,” he said.

Another example of where Chinese authoritarian influence could spread, especially in Europe, is through dominating mobile payment systems and having all the data go through Shanghai.

“That means that the reconciliation of those financial transactions are going to go through Shanghai in the not too distant future.

“My contention is that these fundamental infrastructures upon which countries are being built, if we [the US] don’t have a place in that, we will not have a seat at the conversation around the norms and values that are being undertaken.

“5G today is like having a Ferrari in Georgetown. You can go really fast from one stop light to the next as long as there’s not traffic” — Chris Darby

Does the US have any home-grown alternatives to 5G?

The In-Q-Tel CEO said that the CIA venture arm currently had one portfolio company in the awards-running for 5G at the Mobile World Congress, Parallel Wireless, but that the race to 5G supremacy was a “long road to hoe.”

“If I fast forward to today at Mobile World Congress, which is going on, there’s only one company that is in the awards-running for 5G, and it’s an In-Q-Tel portfolio company called Parallel Wireless,” he said.

“What they’re doing is saying, ‘Where can we disrupt Huawei and totally change the game?'”

“Does that solve the problem today? Probably not, but 5G is going to be a long road to hoe. 5G today is like having a Ferrari in Georgetown. You can go really fast from one stop light to the next as long as there’s not traffic.”

“I think we’ve got time to play the game the way we play it best, which is disrupt,” Darby concluded.