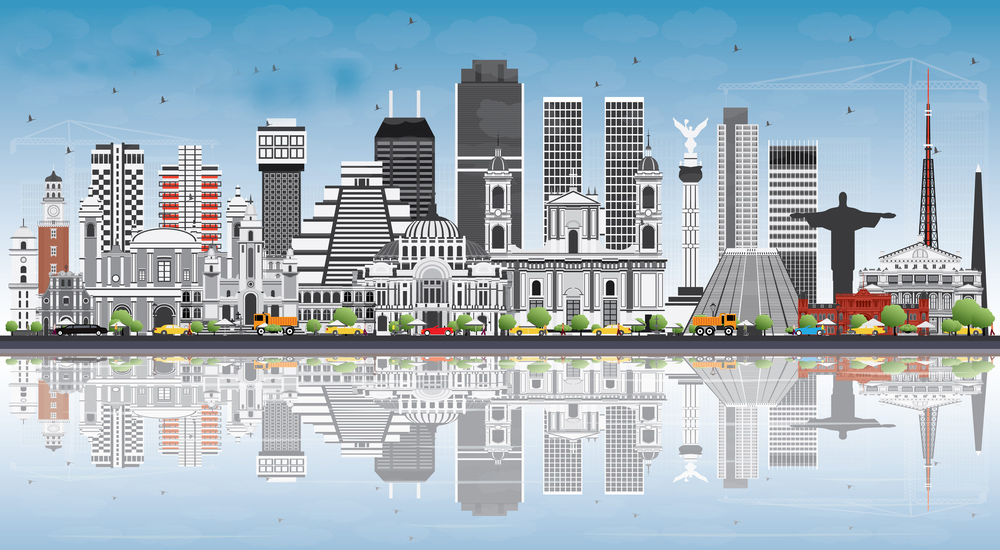 Global tech companies are focusing on expansion in Latin America, a sign that the region is ripe with opportunity for market growth and innovation.

Latin America’s tech sector has made a name for itself with star startups such as the Colombian unicorn, Rappi, the Brazilian online food delivery platform, iFood, and the Panama-originating hospitality brand, Selina.

Internet connectivity is essential for tech company success, and Latin America has made great strides in improving its regional connectivity.

Seventy-three percent of South America’s population now has access to the Internet and studies predict that by the end of 2020, 450 million people, or nearly 100% of the region’s population, will have an Internet connection through a mobile device.

Latin America’s increasingly connected consumer base provides a prime market for big tech companies to test new products. Brazil is home to the fifth-largest population of Internet users worldwide, and, along with Mexico, the country is one of the top global markets for Facebook products, including Facebook, Facebook Messenger, Instagram, and Whatsapp.

Facebook has regularly used Latin America to test new products before bringing them to the United States and other markets.

In Brazil, Instagram recently launched Reels, a music video product to compete with TikTok. Video, social media, and messaging apps are among the most popular among Latin American consumers and serve as optimal channels for tech companies to introduce new eCommerce or financial services and accumulate large user bases quickly.

Today, around 80% of Latin Americans live in cities, making it one of the most urbanized regions in the world; however, infrastructure and mobility challenges remain.

The regional GDP spend on infrastructure is the second-lowest in the world at only 2.8%.

In recent decades, as the population has consolidated in urban centers, this has hindered development but left an opening for private companies to monopolize these large markets.

Transportation is one such opportunity, and Uber dominated ridesharing in Latin America before there were other services operating in the region. Latin America was Uber’s most profitable region in 2018, and Brazil remains the second-largest market for Uber worldwide.

In 2019, the company’s Latin American revenue reached $527 million between July and September alone, a 26% increase from the previous quarter.

However, competition has since increased, and Uber continues to face an ongoing battle to maintain some of its local operations. For instance, the ridesharing giant recently suspended operations in Colombia after allegedly violating competition laws.

Despite these hurdles with its ridesharing service, Uber is looking to grow its other on-demand services in the region, such as UberEats, in an effort to consolidate the global on-demand delivery market.

It was recently announced that Uber will soon be the majority owner of its Mexico-based competitor, Cornershop.

The entertainment media industry has always been popular in Latin America, and most households have TV sets. For instance, 98% of Brazilian homes containing a TV in 2013, according to ITU News magazine.

Netflix, for example, is capitalizing on this opportunity. By the end of 2019, Netflix had 29 million subscribers in Latin America, and the countries with the best value-for-money Netflix subscriptions are in Colombia, Brazil, and Argentina, which have extensive catalogs for low-cost memberships.

Statista predicts that the number of Netflix subscribers will surpass 26 million in 2024, nearly doubling in size since 2017. The company is now focusing on producing more local content to engage Latin American viewers.

For instance, in early 2019 Netflix announced plans to make 50 shows and films in Mexico, spending $20 million in 2020 alone.

Latin America’s eCommerce sector is one of the fastest-growing in the world. Finextra reports the regional growth at 37%, beating the APAC region by a 2% growth rate.

Despite high growth rates, local eCommerce development is still in its early stages, with eCommerce making up only 2.5% of total retail spend in Latin America.

The diversity and cultural similarities throughout Latin America, along with increased connectivity, a growing middle-class consumer base, and market gaps are creating an ideal environment for developing new services and finding new customers.

Though the presence of global tech companies is nothing new in Latin America, many are taking another look at the region as a location to test new technology products and to find new opportunities to scale.

Craig Dempsey is the CEO and Co-Founder of Biz Latin Hub, a firm that helps global companies establish their businesses successfully in Latin America through a wide range of legal, accounting, tax, and other company formation services.