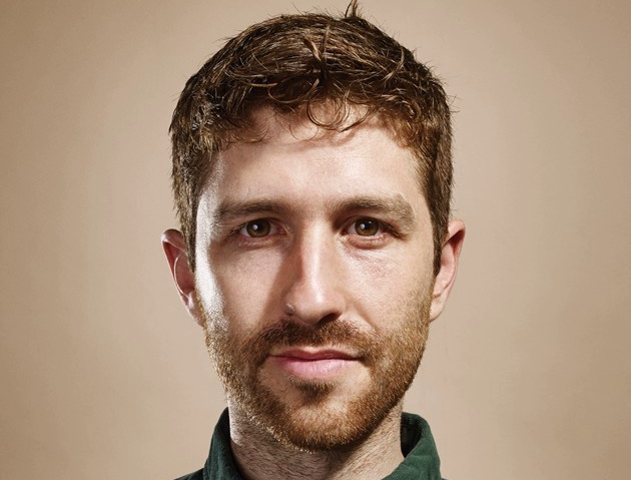 Speaking in a virtual panel of the Summer Nostos Festival, Center for Humane Technology Co-Founder and President Tristan Harris gave a sobering presentation about the subtle ways in which AI has permeated our society and how big tech companies wield tremendous power through their control over the flow of information.

Harris began, as he begins many of his presentations, with the following quote by the father of sociobiology, Edward O. Wilson, which helps explain why we humans are so susceptible to online influences and how AI is programmed to manipulate our behavior.

“The real problem of humanity is the following: We have Paleolithic emotions, medieval institutions and godlike technology” — Edward O. Wilson

Humans are indeed hackable. Historian Yuval Harari made the claim at the World Economic Forum that organisms are algorithms, and as such, they can be hacked.

He even came up with a formula to hack humans,  B x C x D = AHH — which means Biological knowledge multiplied by Computing power multiplied by Data equals the Ability to Hack Humans.”

Because big tech has so much computing power, and because big tech continues to collect vast amounts of data on our online behaviors, it may already well know you and I better than we know ourselves — or at least it’s close.

Right now, billions of people are stuck at home using only a handful of platforms to receive all their news and information, and the centralization of the flow of information, along with algorithms that encourage people to engage in polarizing activity, make technology-run platforms a hazard to society in very subtle ways.

He added that people don’t even need to be on social media to be affected by the subtle biases, fake news, and polarization that takes place by design on the platforms.

Fake news reports can stir violent uprisings in certain areas while misinformation campaigns have the power to sway elections and these types of events affect everyone — not just those in the digital world.

How about this for subtle election meddling — someone who simply posts “voting lines are long” — could this discourage many people from turning out to vote, regardless of whether it’s true or not?

In a previous talk, Harris once said that big tech doesn’t distinguish between what people are interested in and what people can’t help but look at.

“They’re holding up a fun house mirror, a distorted mirror that tends to amplify the things that worked for manipulating human vulnerabilities ” — Tristan Harris

The same thing happens when we are bombarded by social media posts — we can’t help but look at the flashy information that tickles our Paleolithic mind like a virtual car crash.

“They’re holding up a fun house mirror, a distorted mirror that tends to amplify the things that worked for manipulating human vulnerabilities and preying on the deep, soft underbelly of our hatred, our fear, our anxiety, our emotions instead of actually trying to help us.”

We’ve reached a point where technology overwhelms human weakness, according to Harris, and this goes back to the quote about having god-like technology but Paleolithic brains. The two are seemingly incompatible.

As Harris put it:

When technology crosses our social validation, we feel that as mass narcissism.

When technology crosses our weakness for confirmation bias — that it feels good for our brains to get information that affirms our existing beliefs — we feel that as a problem called fake news.

When technology crosses our outrage and it manipulates our emotions for outrage, we feel that as a problem called political polarization.

And when technology crosses the line for trust — when it hacks the foundations of how our minds figure out what’s true or trustworthy — we feel that as a problem called bots and deepfakes. 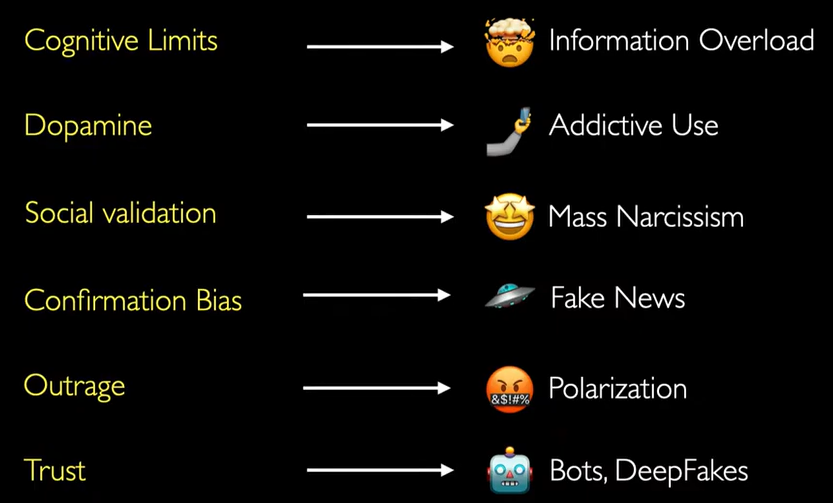 All of these problems are reflected by one problem — “the checkmate of human control over society,” according to Harris.

“This is what’s running the world right now. Literally, this election, this country will be decided by this force,” he added.

With incredible speed and accuracy, big tech can predict what you will do before you do it — it knows what makes you tick and click — and that makes it all the easier to manipulate you in such subtle ways that you would never believe that you were being manipulated.

In January, Harris testified before the US House Subcommittee on Consumer Protection and Commerce during a hearing called “Americans at Risk: Manipulation and Deception in the Digital Age,” where he warned that big tech had created an environment that manipulates and controls almost every aspect of our lives.