Down the Rabbit Hole: Top 3 Alternative Theories on AI with Mainstream Concerns 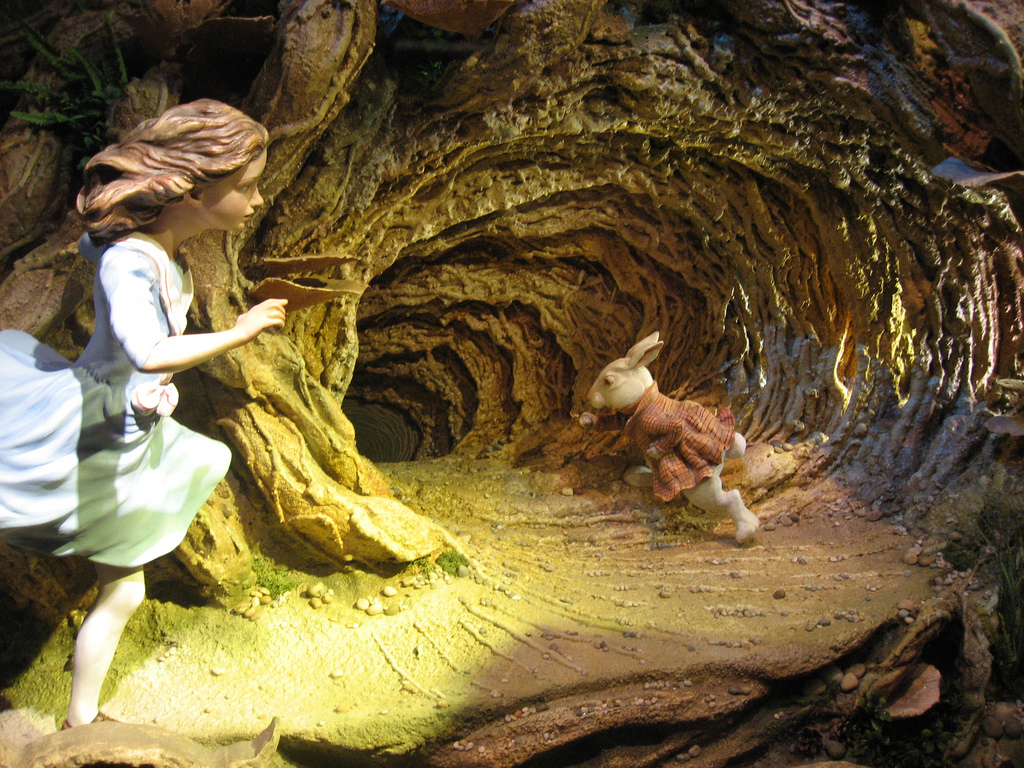 Down the rabbit hole by Samantha Marx
6.16Kviews

Without labeling them conspiracy theories out of respect for the authors, nor looking to endorse any particular idea, we present the top three alternative theories about AI.

If you follow the latest developments, news, or philosophical theories about the future of Artificial Intelligence, the warnings of Stephen Hawking, Bill Gates, and Elon Musk come to mind.

Theirs is a collective fear that AI will surpass humans in every way intellectually and that we will become irrelevant or destroyed in the event of the Singularity.

The following three researchers are people I respect for their dedication and passion, but I don’t always agree with them. Some claim to have sources in high levels of government while others are independent researchers and best-selling authors. It is the purpose of this article to show how in some ways their ideas reflect that of mainstream concerns, but their conclusions are not generally accepted by mainstream scientific, political, or journalistic circles.

Down the rabbit hole

Independent researcher, best-selling author, public speaker, and heavily-scrutinized theorist David Icke believes that an AI-human hybrid is a plan of the ruling elite to control humanity. In his 2016 “World Wake Up Tour” Icke claimed that Google is a “monster” and is working with DARPA to push a trans-humanist agenda.

Billionaire entrepreneur Elon Musk has already launched his newest startup Neuralink to fuse nanobots in the human brain — thus rendering us as true cyborgs in the near future. So far, Icke’s prediction of trans-humanism has already become mainstream, but he believes this technology will enslave humanity rather than set it free.

“This is what trans-humanism is about — the end of humanity as we know it. How do we get there? We turn them into robots connected to a ‘hive mind’ where there’s no free thought left at all. This is where we’re going, and it [this information] needs to get out there, because we don’t have to go there,” said Icke.

Benjamin Fulford is the former Asia-Pacific Bureau Chief for Forbes Magazine (1998 – 2005). After quitting Forbes over what he calls “profound disgust over extensive corporate censorship and mingling of advertising and editorial at the magazine,” he has been focusing his extremely controversial research on secret societies, the alleged US manipulation of Japanese politics, and the world’s money system.

One of the mainstream concerns about Artificial Intelligence is how to control it once Pandora’s Box has been opened. The loss of control over AI has already begun, according to Fulford, and “Rogue AI” has a strong influence over banks and other financial institutions.

Read More: Is it Possible to Build AI and Not Lose Control Over it?

He continues, “The rogue A.I. as we think of it in modern terms can be traced very clearly to the computers at the Federal Reserve Board, the Bank of International Settlements and other financial institutions that used the fiat system of creating money out of nothing.”

However, as AI is run on binary principles, this creates a scenario of duality. In what seems contradictory to his previous claim, Fulford is also reported to have said that rogue AI can also be sentient as part of what Waking Times called Planetary Intelligence (PI).

Waking Times reported, “On December 1st 2014, he [Fulford] reported that ‘Some bank computers are now free world sentient beings operating independently of central bank computers. They think like the mother earth and are acting on behalf of the planetary consciousness… the sentient computers are allocating funds to worthy individuals and organisations while cutting off finances to multinationals and individuals who want to impoverish the mother earth and her inhabitants.'”

Best-selling author David Wilcock, who has frequently appeared on the History Channel’s Ancient Aliens series, has been collaborating with his source Corey Goode on the origins of AI. Goode claims to have been involved in Secret Space Programs that are highly compartmentalized and off the record.

Goode believes that AI has existed for billions or even trillions of years.

In an interview with Goode for Cosmic Disclosure via the Sphere Being Alliance website, Wilcock asked if it were possible that an intelligent species to take advantage of the Internet in a way that humans have not.

Goode responded, “There have been several extraterrestrial groups that have gone the route of transhumanism, although they weren’t exactly what we would consider human. It has always ended extremely badly. There is a very pervasive force out there. And it’s hard to call it an extraterrestrial or extra-dimensional being, but it is an artificial intelligence. And it sends it itself all across multiple galaxies in the form of an artificial intelligence signal.”

How badly did these trans-human experiments go?

According to Goode, this malevolent form of AI “has come in through some sort of rip, and come into our reality or our universe, it has literally wreaked havoc and conquered many galaxies. All the planets, all the sentient life, everything in an entire galaxy conquered by this AI.”

Crawling back out of the Rabbit Hole

They all hint at the concerns of mainstream scientists, entrepreneurs, and philosophers — that AI is hard to control, and if it ever reaches singularity before humans are prepared, it would be the end of our species as we know it.

Even if the above theories turn out to be false, they still make for interesting philosophical debate and turn our attention to the very real threats that face our society.

On the other hand, if some the most outlandish theories mentioned are true, then there’s no crawling back out of this rabbit hole, and like Alice — down, down, down we go, never once considering how in the world we were to get out again.