South West England wants to diversify tech by bringing it together 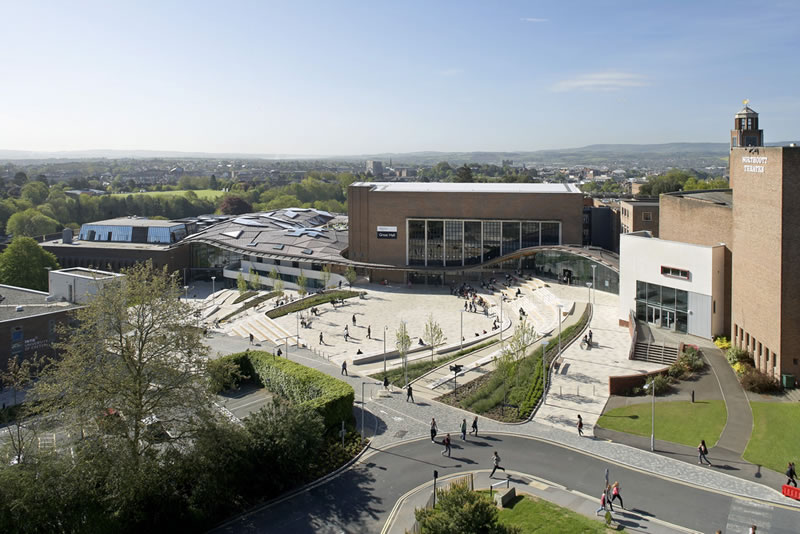 During my time in the South West of England [circa 2010 – 2013] it wasn’t what I would have especially called a tech hub.

But still holding that belief now is wrong. In fact, it is already big, and only going to get bigger. Today, Exeter Science Park announced the creation of 2,000 new jobs over the next eight years.

Headed by Dr Sally Basker, the Devon tech complex is this month starting development on two new 27,000 sq ft offices in order to broaden their reach on the outskirts of the city. This is in order to assist with the prediction that South West tech will be worth £4.2 billion by 2020.

But to achieve this, Dr Basker stresses that tech regions need to work together, no be competing against one another. Of this, she said “I don’t think we should see ourselves as a rival to Bristol or any other area, that to me seems a ridiculous notion.”

Located just [ha!] two and a half hours outside of London – you can fly there in an hour, if you’ve got £100 to burn – and within reach of at least nine universities, there is plenty of opportunities for successful working relationships. As Basker herself says ‘Collaboration is key.’

This is in stark contrast, and a refreshing change of pace, from the attitude of other tech hubs throughout the world.

Take Silicon Valley. The Big Dawg™. For years now they have dominated the tech industry in the North America. But other regions are striving to topple them. The Midwest has seen an influx of developers abandoning the tech mecca [techa?] and are starting to get a foothold in the industry.

Toronto, also. Despite the Canadian reputation for favouring killing-with-kindness over all-out-war they, too, are looking to capitalise on the growing feeling that Silicon Valley is no longer the place for burgeoning startups. The same goes for Ottawa.

All of this competition is, of course, great for innovation. But what if they tried just working together?

Of course, in this instance, the UK has the advantage. The relative small size of the country, the close proximity of the regions [seriously, I can walk for twenty minutes at home and suddenly find myself in a totally different county] means that it would be counter-productive to compete with each other.

Instead, working together just seems like the best method. Basker understands this. “One of our strengths and one of our weakness is our low population density and we need to make sure that we unite as a region to compete on the national and international stage,” she said.

By being able to share ideas, research, and results, it is not farfetched to assume that very soon the South West could become the place to be for technology in the UK.

With all the talk of diversity in tech recently, it is good to see a woman at the forefront of a UK technology programme.

And she’s not the only one. Two other prominent members of the Exeter Science Park include Roz Woodward, of cyber-security firm Securious [great name, by the way] and Sandra Chavasse who works for fintech company blur Group, the main investor in Tech South West.

Clearly, whatever reputation the South West currently has, it is only going to improve.

Dr Basker believes that the key to this success of working together is diversity. She’s talked of how she actually sees a lot of girls in tech and she herself has never actually experienced sexism. But the problem with these girls is that they lack a suitable role model.

For my money, Dr Basker seems like the perfect candidate. She is experienced. She has worked all over the world for a number of different programmes. Should any girls be feeling lost for someone to admire, they should look no further than Basker.

And if it’s not Sally? Roz Woodward and Sandra Chavasse,  seem like equally appropriate contenders.