Thiel vs Karp: Palantir co-Founders backed both Clinton and Trump 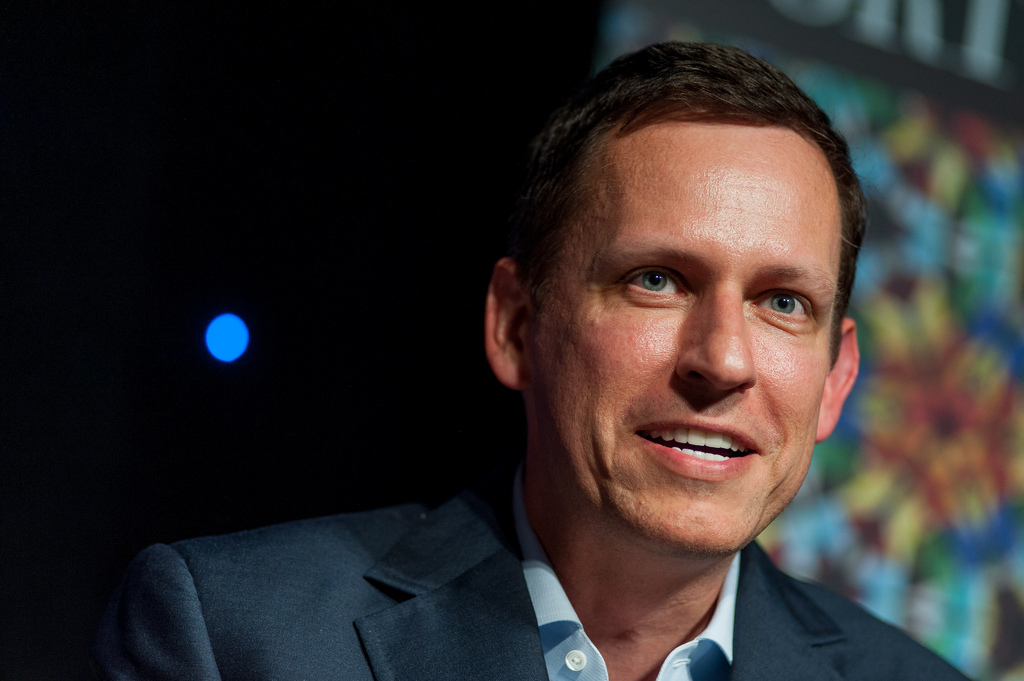 Peter Thiel is tapped for a possible role in President-elect Trump’s transition team while his Palantir business partner gave $100K to the Clinton Global Initiative.

Peter Thiel is one of the most successful entrepreneurs and businessmen in Silicon Valley, yet his business-dealings are extremely complex with connections to the Bilderberg Group, the CIA, political parties, and a wealth of philanthropic aspirations.

Thiel donated $1.25 million to the Trump campaign and even spoke at the Republican National Convention, yet Thiel’s Palantir co-Founder Alex Karp said that the CIA-backed Palantir would only consider working for the Clinton campaign.

It may be as simple as separation of business matters with personal beliefs; however, Wikileaks revealed that Hillary Clinton’s campaign manager John Podesta had indeed been in contact with Karp about Palantir choosing a political side.

“He [Karp] was asked multiple times to work with various campaigns, but in a conversation I had with him yesterday, he stated that he would make only ONE exception: HRC,” Podesta wrote in an email from July, 2015.

Whether or not Karp actually played a role in the Clinton presidential campaign, has yet to be made public; however, Gizmodo reported “It doesn’t appear that Clinton’s campaign has disbursed any funds to Palantir Technologies, though the company could have worked on behalf of Clinton-aligned super PACs or other entities, or worked through a campaign consultant.”

Palantir does; however, list the Clinton Global Initiative (CGI) as a partner in revolutionizing disaster response efforts, and Alex Karp of Palantir did pay $100,000 to the CGI for a face-to-face meeting with former President Bill Clinton.

The fact that Thiel and Karp, both co-Founders of Palantir, would make conflicting political alliances is particularly interesting given that the Obama administration filed a lawsuit against Palantir for discriminating against Asians when considering new hires.

Palantir tried to sell its intelligence data processor to the US Army but was unsuccessful. In response, Palantir filed a law suit.

That’s when the Obama administration filed its own suit against Palantir.

According to the lawsuit, Palantir “routinely eliminated” Asian applicants during the hiring process, even when they were “as qualified as white applicants” for the same jobs.

While Karp had expressed interest in working for the Clinton campaign, his business partner Thiel gave his full-fledged support to Trump’s.

As for a future role in the Trump administration the New York Times reported that Mr. Thiel would not have a formal role, but the PayPal co-Founder did say, “I’ll try to help the president in any way I can.”

Thiel, the Bilderberg Group, and OpenAI

Thiel also is listed as a member of the Steering Committee of the Bilderberg Group – a group infamously known in conspiracy circles for its secretive influence on global affairs.

According to one report, “Bilderbergers want to supplant individual nation-state sovereignty with an all-powerful global government, corporate controlled, and check-mated by militarized enforcement.”

Thiel has dealings or investments with all three — government, military, and business.

However, Thiel is also a financial backer of OpenAI – the open source platform that brought him back together with his former PayPal business partner, Elon Musk.

OpenAI claims to be an open-source platform that conducts AI research and best practices.

The fact that Thiel’s business interests on the one hand involve direct connections with the CIA, the Bilderberg Group, and the Trump Administration, are offset on the other hand by his involvement in the open source AI company and his philanthropic ventures.

By working with some of the most secretive government and private organizations while simultaneously backing human rights groups, aspiring entrepreneurs, and anti-aging research, makes Peter Thiel one of the most complex entrepreneurs alive today.

Palantir, In-Q-Tel, and the CIA

In-Q-Tel is the CIA’s Venture Capital firm in Silicon Valley whose mission is to identify, adapt, and deliver innovative technology solutions to support the missions of the Central Intelligence Agency and broader US Intelligence Community.

In-Q-Tel funds startups that benefit the intelligence community, including Palantir.

“Founded in 2004 by former PayPal CEO Peter Thiel and several others, Palantir uses proprietary software to crunch vast amounts of data for the likes of JPMorgan Chase and the United States military’s Special Operations Command, with the goal of producing useful and even predictive insights,” Buzzfeed reported.