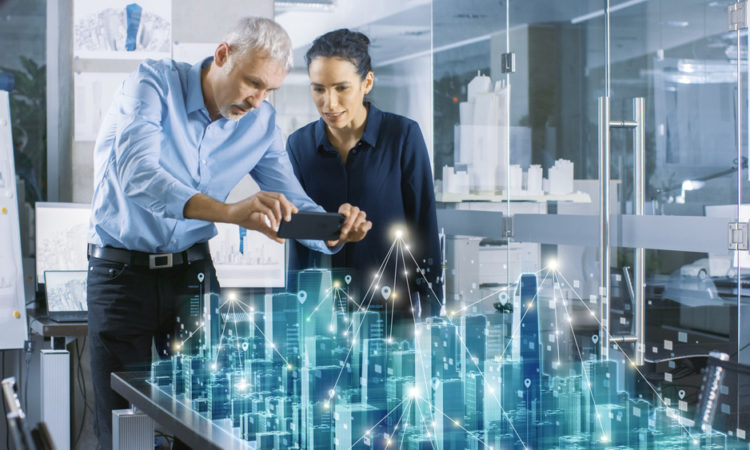 Augmented reality (AR) has already become a hit in social media. Those of you who don virtual hats and moustaches on your selfies or chase Pokémon around your house already know this.

Apart from social media and games, AR has been revolutionary for education, retail, and health. What impact could this technology have on society?

The Sociable spoke with Andrew McGregor, Co-Producer of the Robot Film Festival (RFF), ahead of the Horasis Global Meeting that took place in Cascais, Portugal, from April 6-9, where he was a participant in a discussion about Assessing the Power of Immersive Technologies.

“I think AR is going to usher in an internet-level change in human civilization or greater. We’ll know this has happened when the technology is felt to be as seamless with daily life as a common appliance,” he says.

There is without a doubt an avalanche of emotional reaction to what people see, experience, and post online. Billions of people are profoundly emotionally reactive to online activity.

AR can be much more visually compelling and engrossing than what you can find on the web or in popular apps right now. McGregor believes this will lead to even more emotional reaction on the part of users.

“One will be able to have the real world as a canvas with a greater amount of possibilities than what currently exists by being online. Therefore, an even modest level of adoption will create vast new economies with profound emotional involvement and consequence,” he says.

Could AR Liberate Us from Modern Problems?

Could AR help liberate us from current pressing problems like addiction to social media? McGregor believes it could.

“Though there is no guaranteed bed of roses, I do think AR technology will allow a better path forward and a liberation from some of the problems now afflicting modern democracies,” he says.

He thinks the problems that our choice of media and the way we choose to consume media and content is creating is larger and systemic. The cracks are starting to appear in the structure of our civil societies. Providers of technology take advantage of the choices we make.

Read More: Will AR, VR kill zoos or is it time for zoos to tech up?

“There has been an astounding recent increase in epistemological silos based on media selection and consumption that are connected to and encouraged by how people personally feel, express, and identify themselves politically online through social media platforms,” he explains.

Social media platforms encourage user engagement almost regardless of the quality or consequence of the engagement. They use gamification techniques that compel addiction to the platform.

“Social media platforms and their experiences are also optimized for the hardware of smartphones, which provides another level of addiction. To illustrate this, I challenge your readers to put their phones away for five hours and write down the time and sensation when they experience withdrawal,” he says.

Why Smartphones Will Carry AR Afar

McGregor sees smartphones as the primary vessel that will ensure the popularity of AR. As smartphones keep coming with sharper cameras, bigger screens, and faster processors, AR will continue to wow us. The soon to become available 5G is also on the horizon, which builds even more anticipation.

“AR will be more widely adopted and spread farther because of the nearly global ubiquity of smart phones that will serve as the initial infrastructure to enable the technology,” he says.

The next great hardware shift will likely be in glasses that almost seamlessly enable AR, since smartphones are not an ideal form factor for the experience.

While connecting people throughout the world, in terms of online media, the internet has also been isolating us. McGregor calls it an “excruciating paradox” at play. The internet revolution that connected the world as never before has also had an individually isolating effect largely because of the business of news, particularly television news that frequently drives the narratives and trends of online content creation.

“News media have found new revenue highs and professional lows by relying upon the creation of fear and animosity towards the individual ‘other’ and demonizing said ‘other’ as evil, no matter what side of the political media well an individual drinks,” he says.

According to a 2017 Gallup/Knight Foundation Survey on Trust, Media and Democracy, most Americans believe that it has become harder to keep well-informed and to identify which news is accurate. Media bias is making them struggle to identify objective news sources. While they believe the media still has a crucial role, they but are not positive about how the media are fulfilling that role.

“People often depict other groups as literally evil online and on an individual level place vast emotional energy into creating online representations of themselves as not being their own version of the evil ‘other’,” McGregor says.

Using fear as a steadfast way to drive attention and clicks to drive ad revenue is the trend today. McGregor calls this a new challenge for modern democracy, journalism, and political reform.

“If you combine AR with emerging business models, which are necessary for development and adoption, there is a path to eschew some of the emotionally and politically crippling structural problems we face”

“Social media platforms, hardware companies, and corporate mass media all support each other in a lucrative and societally pathological symbiosis. Ethics and professional standards have a very poor winning record against rising profits and proven business models,” he says.

What if AR Made It Worse?

AR could be in danger of further exacerbating these trends as hegemonic companies fund R&D and own the IP that could potentially compel mainstream adoption. Also, the emerging effects of AR on society are obviously not yet known or fully felt.

“Though there is no guaranteed bed of roses, I do think AR technology will allow a better path forward and a liberation from some of the problems now afflicting modern democracies”

However, McGregor thinks the essential nature of the technology as being augmentative of reality rather than demanding full-focused attention and ‘liking’ and ‘button pressing’ will offer healthier ways of being. Also, since AR glasses are not ideal for taking selfies, there could be a reduction in the incumbent neuroses that current technology and culture enables.

“If you combine AR with emerging business models, which are necessary for development and adoption, there is a path to eschew some of the emotionally and politically crippling structural problems we face.

“At the same time, it could enable more authentically connected and productive experiences and realities in addition to all the ones that will feel truly new and magical in the moment,” he says.