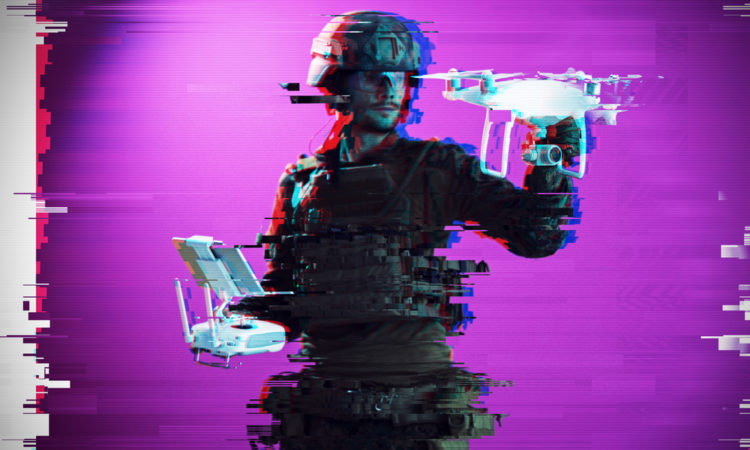 The Pentagon’s Defense Innovation Unit is calling on the private sector to develop autonomous drones that can track people, vehicles, and weapons, as well as conduct 3D mapping, all while communicating with other AI systems in dark and congested areas.

The Department of Defense is asking for commercial solutions to develop autonomous drones whose AI can be linked with at least three other similar systems and whose hardware can swarm in “complex, contested, and congested environments,” according to a Defense Innovation Unit (DIU) solicitation titled “Artificial Intelligence For Small Unit Maneuver.”

If successful, the small Unmanned Aerial Systems (sUAS) should be able to run for at least 25 minutes, conduct surveillance in challenging environments, transmit 3D mapping in real-time, and be exfiltrated at the end of their missions.

Although not referenced in the solicitation, the DIU program is similar to the Invisible Headlights research program from the Pentagon’s Defense Advanced Research Projects Agency (DARPA), which looks to develop autonomous drones with 3D vision that would be able to see without being seen “at night, underground, in the Arctic, and in fog.”

Like DARPA’s Invisible Headlights program, the DIU is looking to create drones with passive 3D sensors that can detect objects of interest, such as “weapons, people, and vehicles” in low-light or blackout conditions.

While this technology, which combines advanced sensors, artificial intelligence, and light-weight flying machines is being developed for military use, we may see potential interest from private contractors, governments, and law enforcement for domestic operations sometime in the future.

For example, the Department of Defense has funded research into many modern technologies that have made their way into the commercial sector and into law enforcement such as the foundation for the Internet (ARPANET), GPS, and voice assistants like Alexa, Cortana, or Siri, to name a few.

As civil unrest becomes more prevalent, autonomous drones that can swarm and communicate across networks while conducting surveillance in congested areas could be seen by governments as useful tools to monitor and predict social uprisings.

Eventually, the Pentagon envisions a future of warfare where soldiers engaged in urban combat will interact with upwards of 250 autonomous robots, and it has made progress through DARPA’s OFFensive Swarm-Enabled Tactics (OFFSET) program.

Currently, the DIU is looking to the private sector to develop the small Unmanned Aerial Systems with three purposes:

The drones themselves should have the following capabilities:

On the software side, the DIU is looking for synthetic tactical AI development, including:

When combined, the hardware and software components that make up the drones should be able to:

“The Government has a strong preference for platforms, models, and software that follow the idea of a modular, open-systems architecture,” the DIU solicitation reads.

“Where possible, use open standards for data ingest, storage, and exchange as well as for the training, deployment, and transfer of neural networks. Software components should be able to be swapped out for other, comparable components via a modular architecture.”

Today, this autonomous drone technology that swarms and conducts surveillance in hard to reach areas is being developed for military use, but could this same technology make its way to private companies and/or law enforcement?

Meanwhile, the intelligence community has been hard at work combining facial and body recognition tech to identify people and track their movements at long range from drones and rooftops while looking to predict the future via geopolitical forecasting models.

While these technologies can greatly improve public safety, they have tremendous potential for abuses of privacy and civil liberties if not kept in check.

US intelligence wants a super quiet spy drone for 10-pound payloads, military use