HomeTechnologyCan the winners of the 5G race be trusted to secure its data & infrastructure?
Technology

Can the winners of the 5G race be trusted to secure its data & infrastructure?

5G data and infrastructure will most likely still be compromised, no matter who wins the battle: encryption firm CTO opines 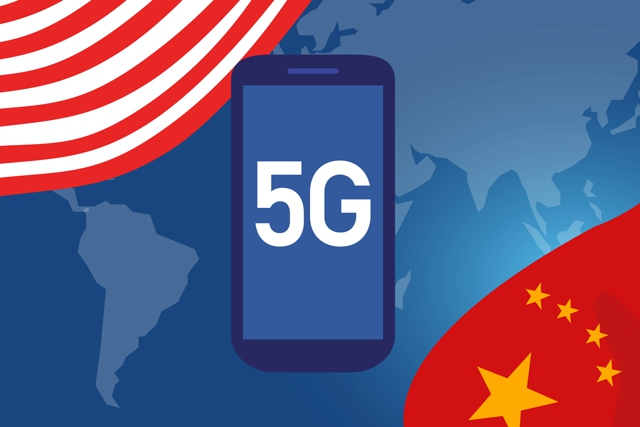 The race to 5G supremacy is almost always pitted as a competition between the US and China with each nation telling its allies why they shouldn’t trust the other.

Adding another layer to the debate, Chris Howell, Co-Founder and CTO of encryption firm, Wickr, argues that there may be multiple winners, but no matter who wins, mobile infrastructures will most likely still be just as compromised as they are today.

Howell recently penned an article on the Wickr blog titled, “Winning World War 5G,” in which he stated:

“5G or not — I assume that our mobile infrastructure is compromised. Not by China with a Trojan horse, but by the very design of the system. Our mobile networks are not end-to-end secure, which means our conversations, device, and user data are accessible to our respective service providers. Which means that data is accessible to anyone who can obtain it from the service provider, lawfully or unlawfully.”

“As a security person, the smart thing for us to do is assume the worst; hope for the best, and prepare for the worst” — Chris Howell

The Sociable caught up with Howell to chat about what’s at stake in the battle for 5G, what types of spoils will go to the victors, privacy risks involved, and why describe the situation as World War 5G.

In fact, the US has been asking its allies to reject Huawei’s proposals to rollout 5G in their territories because the Chinese company poses a national security threat and has a “history of unethical and illegal behavior, including intellectual property theft,” according to the US State Department.

Howell says that no matter who wins the 5G race, the irony is that intelligence agencies will most likely still spy on those networks, whether they be the Five Eyes or the Chinese.

“That’s the battle that’s going on,” he said, adding, “the sad part about that from a purely technology standpoint is that we have to argue about who is going to spy on our mobile networks.”

From a security standpoint, Howell believes that regardless of who gets to 5G first, we need to consider that it “will be no different than the internet is today,” but that doesn’t mean all outcomes would be the same whether the US or China gets there first.

The Chinese Communist Party has committed atrocious humans rights abuses and has weaponized its technology against its own citizens to create an Orwellian surveillance state.

Economically, the winners of WW5G will make billions and set global standards. To the victors go the spoils.

“We’re talking about billions and billions of dollars of infrastructure sales, and someone potentially cornering a market into all derivative technology that comes out of this as well,” Howell told The Sociable.

“Every country is going to want to control it just from an economic sense, or at least not see their economic rivals control it,” he added.

Then there are very big national security risks that come with whomever wins WW5G as the networks will also be used by government, defense, and intelligence agencies.

“We believe that the Defense Department is going to be using this public network probably a lot more than perhaps it has in the past,” said Howell.

“It’s part of our national strategy to use global 5G networks in our defense strategy, which means service members will in some ways be using this large, previously consumer technology, and they’ll be using it in official capacities,” he added.

This makes it all the more important that 5G infrastructure hasn’t been Trojan horsed by adversaries, and this appears to be a driving factor in the UK’s decision to reverse course this week and ban Huawei from its networks.

We’ve seen how China’s Huawei and ZTE 5G infrastructures have been ahead of the game in having a market-ready product, but what are the alternatives to Huawei and ZTE?

Europe has Ericsson and South Korea has Samsung, but do these companies really rival that of China’s?

Does the US have a commercial solution that comes close?

In February, Chris Darby, CEO of intelligence community venture capital arm In-Q-Tel, told Congress that the CIA venture arm currently had one portfolio company in the awards-running for 5G at the Mobile World Congress, Parallel Wireless, but that the race to 5G supremacy was a “long road to hoe.”

On the Wickr blog, Howell wrote that he doesn’t believe that any one country will ultimately control the world’s 5G infrastructure.

“If privacy goes, what’s your quality of life going to be?” — Chris Howell

In conversation with The Sociable, Howell added that having a diversity of services bundled between multiple trustworthy companies would be a better solution than having one monopoly, especially if that monopoly were run by China.

“The better case is if we diversify amongst 10 different companies, then the likelihood of any one intelligence agency getting a leg-up around the world is lowered quite a bit.”

The battle over 5G is complex with many components. Privacy is what is ultimately at stake. Once citizens lose their privacy, they become vulnerable to manipulation and control.

Mass surveillance, self-censorship, neighbors turning on one another, thought police, and the loss of freedom go hand-in-hand with the loss of privacy.

“If privacy goes, what’s your quality of life going to be?” Howell pondered.

“If your every word goes to either the United States or the Chinese national security service, if all of your personal location details and everything else that these apps have the ability to track these days are being tracked, if every time you walk out in public and facial recognition captures your face and tracks where you are […] what are the consequences of a world that looks like that?”

According to Howell, “There is a lot of uncertainty around the world of technology,” but there are a lot of tools and services available to help people watch their own backs and mitigate a lot of the security concerns that come with modern technology.

VPNs are a common tool, and companies like Wickr are there to help keep communications and data secure and private.

“As a security person, the smart thing for us to do is assume the worst; hope for the best, and prepare for the worst,” Howell concluded.