The Avengers goes out of this world, to the ISS

So, at this point everyone on earth has seen Marvel’s The Avengers, right? Well, soon everybody off this world will be able to see it too.  That’s because NASA will be streaming a special showing of the movie to the astronauts on the International Space Station.

Marvel's The Avengers heads to space

According to NASA, the reason for showing the film has nothing to do with there being any avid comic book fans on board, but is purely psychological.  NASA’s Johnson Space Center’s Psychological Support Coordinator Dan Cook says, “These are the types of things that help to keep the crew connected to home, which is a huge morale boost while being away for long periods of time.” 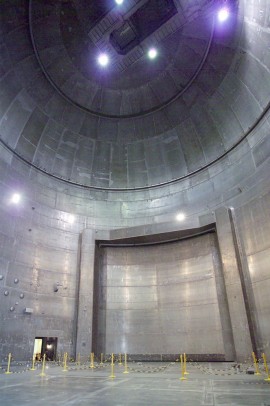 This isn’t the only connection NASA has with The Marvel Universe or the film.  (Mild spoilers ahead) The opening section of The Avengers was filmed in NASA’s Orion Space Power Facility at Plum Brook Station in Sandusky, Ohio.  In the film NASA is seen working with Samuel L. Jackson’s S.H.I.E.L.D in the Orion Vacuum Chamber, to experiment on the Tesseract.

Marvel was naturally excited by the exclusive screening; Louis D’Esposito, Marvel Studios’ Co-President and Executive Producer of the movie said, “The studio is privileged to share ‘Marvel’s The Avengers’ with those up in space exploring the universe.  A special thanks goes to NASA for utilizing their incredible technology to make this special screening miles above us in space happen.  It is a screening that would make Tony Stark envious.”

The International Space Station is orbiting 220 miles above the Earth.

The six member crew of the ISS’s Expedition 31, some of whom have been on the ISS since December 2011, have already had an eventful number of weeks.  On May 25 the crew witnessed the arrival of SpaceX’s Dragon spacecraft – the first private space vehicle to dock with the ISS.

This is the latest achievement for the Joss Whedon-written/directed film, which has already broken box office records in several countries.

Twitter growth slow among adults, but engagement has doubled