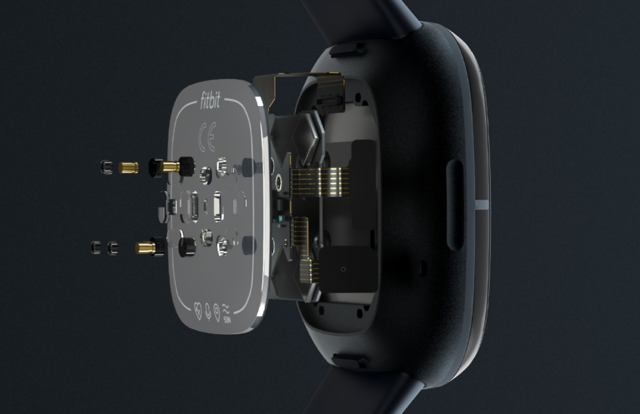 If successful in acquiring Fitbit, Google may soon know even more intimate details about your emotional states as Fitbit today launches its new generation of health smartwatches that can measure your stress levels and a whole lot more.

“To hack human beings you need a lot of biological knowledge, a lot of computing power, and especially a lot of data” — Yuval Harari

Last November, Google entered an agreement to acquire Fitbit in a $2.1 billion deal that was all “about devices, not data,” according to Google Senior VP of Devices and Services, Rick Osterloh, on the Google blog.

However, Osterloh’s only backup to the ‘devices-over-data’ claim was that the data wouldn’t be used for Google ads, and he didn’t mention how exactly Google would use the data.

“Fitbit health and wellness data will not be used for Google ads,” and Fitbit users will be given “the choice to review, move, or delete their data,” the Google Senior VP announced in November.

On August 4, the European Commission (EC) announced that it had opened an in-depth investigation into the proposed acquisition.

“The use of wearable devices by European consumers is expected to grow significantly in the coming years. This will go hand in hand with an exponential growth of data generated through these devices,” said EC Executive VP Margrethe Vestager, in statement.

“This data provides key insights about the life and the health situation of the users of these devices. Our investigation aims to ensure that control by Google over data collected through wearable devices as a result of the transaction does not distort competition,” she added.

There’s a whole lot a tech giant can do with somebody’s biometric data that doesn’t involve ads, from helping users better understand their health and improving the overall product to using the data to stamp out competition.

Then there’s the more dystopian prospect of exploiting that data to manipulate and hack human emotions.

While the new ECG app is still awaiting review from both American and European regulatory bodies, the new Fitbit Sense, combined with the EDA Scan app, can “detect small electrical changes in the sweat level of your skin.”

The measurements are said to help users better understand their bodies’ responses to stressors, so they can help manage stress levels.

Overall, the new Fitbit lineup is groundbreaking territory for health smartwatches, and the technology has immense potential to help a lot people improve their health and well being.

On the other hand, biometric data is one of two components needed to hack human beings, according to historian and tech futurist Yuval Harari, who declared that “organisms are algorithms” at Davos in 2018.

The other component to hacking human beings, according to Harari, is having a whole lot of computing power.

If and when the acquisition of Fitbit is finalized, it would presumably give Google even more biometric data to add to its already immense computing power that stretches into the quantum realm.

So what if Google won’t use the data for Google ads? It could do far worse.

You may recall that last year the Wall Street Journal broke the story on Google’s “Project Nightingale,” in which it revealed that Google was secretly working with 2,600 medical facilities in 21 states, giving at least 150 Google employees access to the personal health data of “tens of millions of patients.”

“We are no longer mysterious souls; we are now hackable animals” — Yuval Harari

“Those who control the data, control the future of humanity and life itself,” Harari postulated in 2018, adding, “If too much of the data becomes concentrated in too few hands, humanity will split, not into classes, it will split into different species.”

This January, Harari was back at the World Economic Forum in Davos, where he doubled down on the dangers of using biometric data to hack and manipulate human emotions and decision making.

“This danger can be stated in the form of a simple equation,” he said, adding, “which I think might be the defining equation of life in the 21st Century — B x C x D = AHH — which means Biological knowledge multiplied by Computing power multiplied by Data equals the Ability to Hack Humans.”

He added, “Are we at the point where Huawei or Facebook or the government or whoever, can systematically hack millions of people — meaning they know about my medical condition, about my personal weaknesses, about my life history?

What Google Could Do With Fitbit’s Data

Today, Fitbit released a new line of innovative wearables that can really help heal society, one user at a time.

But if and when the acquisition goes through, it looks like all that biometric data would go to Google.

According to Recode, “Fitbit tracks very personal metrics, like your exercise, food, weight, sleep […] But if that data is also connected to the broader set of information Google tracks — what you search for online, what emails you send, where you go — that could present a pretty comprehensive profile of a person’s existence.”

“Fitbit’s new Stress Management Score calculates how your body is responding to stress based on your heart rate, sleep and activity data” — Fitbit Company Statement

What could the most powerful tech company on earth gain from knowing what makes you tick in just about every way?

After all, it would only be able to count each beat of your heart, every step you take, your skin temperature, your stress levels, and your location data, among other minor, personal details.

The WSJ reported that the end goal of Project Nightingale was “to create an omnibus search tool to aggregate disparate patient data and host it all in one place, documents show.”

What is Google’s end goal in agreeing to acquire Fitbit?

Ask Google’s senior VP of devices and services and he’ll tell you that the goal is “to help spur innovation in wearable devices and build products that help people lead healthier lives.”

I can’t help but wonder if there’s something more to it than that.